My first dedicated video editing computer was a beast. It had twin screens and a huge tower that contained removable RAID drives, a video capture card and a separate MPEG encoding card. It cost a fortune and sadly would often crash.

You can imagine my delight when in 1998 Apple released the original iMac (I still have it), this colourful computer was an editors dream and came bundled with iMovie, a very basic video editor. Things had become digital and the computer and camera spoke digitally via a firewire cable. The only catch was as the video played off a DV tape in realtime a 60 minute tape took just that to transfer, 60 minutes.

I’ve stuck with Apple computers over the years but cameras have changed. Along the way, as resolution and data rates have increased I’ve found myself having to buy extra storage and for my RED cameras a dedicated card to allow realtime playback – a RED rocket.

I sit here in 2020 typing this blog, in a world of 4K cameras and am pleasantly surprised that technology as the saying goes has advanced in “leaps and bounds”. Just like computers editing technology has reduced dramatically in size, price and complexity.

It’s hard to believe that we can now edit 4K video with ease on a device that we can’t really refer to in the traditional sense of the word “computer”. That is because my latest favourite field editor is a humble iPad.

Enter Lumafusion a $30 app that you can download today. For that small an amount of money you probably wouldn’t expect much, you will however be amazed. Lumafusion is a fully featured video editing package for iPad that works seamlessly, quickly and easily. Anyone familiar with a typical editing setup will be able to pickup Lumafusion and just start editing.

The layout is that of many editing packages. You have a clip bin, a clip / timeline viewer and your timeline itself. Within the package are controls and tools allowing you to precisely edit video, adjust your audio and even apply looks and LUTS.

The beauty of this system lays in Apples iPadOS. Formerly a closed system you couldn’t import files into an iPad. All that changed and you can now buy a number of inexpensive card readers to allow you to copy your video files from the cameras memory card directly to your ipad storage.

Lumafusion works on both the iPad Pro and now also the new iPad Air. The advantage of the Pro model is that you can specify storage space up to 1TB when you purchase the tablet. The new Air model on the other hand tops out at 256GB of storage. Typically a 64GB memory card will record around 60 minutes of 4K video on cameras like the Sony A7 mirrorless cameras or NX80 camcorder.

There are a number of reasons you may want to edit on an ipad. The system is lightweight, quick to use, is perfectly quiet as the iPad doesn’t have a fan. If you are out shooting and want to deliver daily social posts this is an ideal system. Lumafusion allows you to export your video to a number of different platforms or even to export your finished edit to the iPads memory.

If you are in the field and want to start assembling your project on an iPad than you absolutely can and when back from your trip you can export the whole project so you may continue editing it on a desktop or laptop, such is the flexibility.

If you are on a budget and are travelling this is, in my opinion, the ultimate setup. A powerful video editing system on a device thinner than a hardback book.

If you want to learn more about field based editing, power solutions and remotely sending video files and data please get in touch to join us on a course. 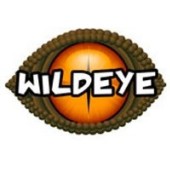 Born in the 1990s from a passion for the natural world, Wildeye provides specialist training courses for wildlife and conservation filmmakers, whether professional, amateur or newcomers. Our popular weekend courses based in Norfolk are tutored by working wildlife camera operators / producers and offer a fabulous insight into the world of wildlife filmmaking whilst providing you with practical skills.

Buying a camera for filming wildlife